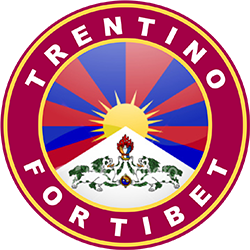 Statement of the President of the Central Tibetan Administration on the 59th Anniversary of the Tibetan National Uprising Day
March 10, 2018

Fifty-nine years ago, on this day in Lhasa, the capital city of Tibet, thousands of Tibetans formed a massive human chain around Norbulingka, the summer palace of His Holiness the Dalai Lama, to protect him and their country. Tibetans from across the social spectrum, united by the indomitable Tibetan spirit staged a defiant, yet peaceful and historic uprising against the forceful and illegal occupation of Tibet by the People’s Republic of China. The Chinese military in the following days and weeks brutally suppressed the peaceful uprising resulting in the death of thousands of Tibetans.

We stand here today in the same spirit to commemorate the 59th anniversary of the Tibetan National Uprising Day and to remember and honor all the Tibetans who have sacrificed their lives for our nation’s struggle for freedom.

Despite the continued and increased repression, Tibetans in Tibet have with unwavering conviction voiced their resistance against the repressive policies of the Chinese government. We have witnessed a continued spate of peaceful protests in the last five decades, the highlights of which are the protests in 1987, 1988, 1989, and 2008.

This year also marks the 30th anniversary of the 1988 protest and the 10th anniversary of the 2008 pan-Tibet uprisings in which Tibetans made a clarion call for freedom, thus expressing their genuine and legitimate grievances against China’s continued occupation of Tibet. Recent reports indicate massive military and security buildup in Tibet, particularly in the capital city of Lhasa.

Since the occupation of Tibet, the Chinese government has continually subjected Tibetans to extensive repressive policies. Freedom House report of 2016 and 2017 ranked Tibet as the second least free country after Syria and worse off than North Korea, South Sudan and Eritrea. Reporters Without Borders also stated that Tibet is harder to get access to than even North Korea.

Given the hardline policies of the Chinese government, 152 Tibetans, young and old, monks and nuns, nomads and farmers, from all three provinces of Tibet have self immolated since 2009 calling for freedom for Tibetans and the return of His Holiness the Dalai Lama to Tibet. Just three days ago Tsekho Tugchak, a Tibetan in his 40s from Ngaba, Amdo self immolated in Tibet. His voice echoed the aspirations of the Tibetans in Tibet. The unrelenting protests in Tibet are the result of the violation of political, religious, cultural and environmental rights of the Tibetan people.

Last month, the Chinese government implemented the so-called revised ‘Regulations on Religious Affairs’ that sought to control the overall religious freedom in Tibet.

Human Rights Watch recently reported the appointment of some 200 Communist Party cadres and atheist lay officials to control the management of Larung Gar. Since 2016, Larung Gar, the largest Buddhist academy in Tibet, has been demolished and the size of monks and nuns were reduced by half. Yachen Gar, the biggest nunnery in Tibet, is demolished and nuns are being evicted as we speak.

The recent tragic news of the fire breakout on 17th February at the Jokhang, Tsuklagkhang, the holiest shrine in the Tibetan Buddhist world and a UNESCO world heritage site is of great sadness to Tibetans and Buddhists around the world. There are reports of extensive damage and loss owing to the burning of dozens of precious statues, hundreds of artifacts and thangkas, and murals. Jokhang is still closed to the public. Clearly this is an irreplaceable loss of a sacred treasure of an ancient Tibetan civilization. Now, even after a fortnight, the Chinese government’s refusal to clarify the cause of the fire and the damage that it has caused is disturbing and raises more questions. I, therefore, urge UNESCO to send a mission to investigate into the matter and to send journalists to Tibet for an independent investigation.

The recent circular on “Reporting Leads on Crimes and Violations by Underworld Forces” released by TAR’s Public Security Bureau indicates the continuation and further restrictions in Tibet. The circular has listed 22 illegal activities that Beijing wants the Tibetan people to report, three of which directly mentioned His Holiness the Dalai Lama. The detailed guideline has particularly stated that the Tibetan public should provide information on the activities of what they labeled as “criminal gangs connected to the separatist forces of the Dalai Lama.”

This circular is a pattern of misguided practice, which clearly is based on the lack of understanding of the Tibetan mindset and culture. Tibetans inside Tibet revere His Holiness the Dalai Lama with their hearts and minds. Instead of acknowledging the faith and devotion of the Tibetan people, Chinese government have instead resorted to the criminalization of expressions of faith in His Holiness the Dalai Lama. This is the fundamental reason for the lack of ‘harmony of nationalities’ which the PRC relentlessly propagates to achieve.

Also de-linking His Holiness the Dalai Lama from Buddhism in Tibet is another root cause of resistance among Tibetans. To artificially say that you can practice Buddhism but not follow His Holiness the Dalai Lama is akin to saying you can be a Catholic but not follow the Pope. This is a fundamental misreading of the very foundation of Tibetan Buddhism and Tibet as a nation. Tibet and Chenrezig (Avalokiteshvara: Buddha of Compassion) are one and the same, and the Dalai Lamas and the Tibetan people are inseparable. Trying to separate the two deeply hurts the sentiments of the Tibetan people and violates the core of the Tibetan spirit.

We strongly condemn the circular for criminalization of advocacy and protection of the Tibetan language and culture, and also for terming the Middle Way Approach “ a reactionary and narrow nationalistic idea.” In reality, Tibetan language is protected and encouraged under Article 4 of the Chinese constitution. Similarly, the Middle Way Approach is a win-win proposition for both the people of Tibet and China.

As His Holiness the Dalai Lama has always advised us to hope for the best but prepare for the worst, the Kashag has developed the Five-Fifty Vision that seeks to realize genuine autonomy for the Tibetan people based on the Middle Way policy. This vision also sets out to strengthen and sustain the Tibetan freedom struggle and the Tibetan community for another fifty years if needed.

In order to assert firm control of Tibetan people and regions, the Chinese government has subjected Tibetans to discrimination. A case in point is, despite having the same educational qualification and experience as the Chinese counterparts, the highest posts of the Party Secretary and other branches with real power of the so-called Tibet Autonomous Region (TAR) are held by Chinese officials. Similarly even at the prefecture and county level, qualified Tibetans are mostly denied the post of Party Secretary, whereas even lesser qualified Chinese is able to hold this leadership post.

The rising tide of China’s economic growth and prosperity has not lifted the Tibetans as Tibet remains one of the poorest region and ethnic Chinese who have flooded into Tibet in recent years have been the prime beneficiaries.

A letter received recently from inside Tibet mentions the case of the expansion of the Gongkar Airport in Lhasa under the TAR’s 12th Five-Year Plan:

“In less than five years there has been an influx of 25,000 ethnic Chinese migrants into Gongkar district alone in Lhoka and have taken over most of the local business and employment opportunities. If such is the case in a small district like Gongkar, it is unimaginable to think of the situation in cities such as Lhasa, Tsethang, Shigatse, and Chamdo. Chinese government often speaks of development and investment in Tibet, but has never revealed the data of Chinese migration and settlement in the 74 districts in TAR and other parts of Tibet.” Such demographic dominance is the root cause of resistance and instability in Tibet.

Furthermore, to make Tibet into a Chinese region and Tibetan people into Chinese, for more than fifty years, the Chinese government has deliberately renamed the ancient Tibetan mountains, rivers, and places in Chinese language. Signboards are mandated in Chinese and even Tibetan people are incentivized to marry Chinese and take Chinese names.

I would like to say unequivocally that such sinister designs will not succeed and the cause of Tibet will prevail. Even after decades of Chinese occupation and rule, Tibetans have persisted and the Tibet cause has gained support and recognition from around the world mainly due to the leadership of His Holiness the Dalai Lama, the indomitable spirit and resilience of the Tibetans inside Tibet and the unfaltering efforts of the exile Tibetans.

His Holiness the Dalai Lama has propagated an educational pursuit based on the analogy of a “bird with two wings” whereby Tibetans can pursue modern education while preserving Tibetan identity. As Tibetan millennials inside and outside Tibet strengthen their footing in the modern world, we encourage them to do so with a firm commitment to the cause of Tibet, and also to take pride in their identity and connection to their traditional Tibetan values. Their courage and conviction is and should remain as strong as that of the elder generation.

The sense of unity and courage shown by the Tibetan people have always been a source of great strength and pride, however, some elements of regionalism in exile is not only a hurdle in the course of the Tibetan freedom struggle, but it also disappoints and dampens the hopes of Tibetans who have strived towards realizing the common cause. We cannot allow regionalism and sectarianism to divide us. I, therefore, humbly and strongly urge Tibetans in exile to bridge our differences and strengthen unity, which has and will always be our ultimate strength.

I would like to take this opportunity to acknowledge and thank the global and high level support and solidarity for Tashi Wangchuk, a Tibetan language advocate currently in prison. The European Parliament recently passed an urgent resolution. The Latvian parliament issued a joint statement calling for his release. German parliamentarians and French senators also issued similar statements calling on the Chinese government to implement fair legal process in his trial. I thank the European Union Special Representative for Human Rights for voicing concern on Tashi Wangchuk at the 37th UN Human Rights Council session that opened last week.

I also thank the Canadian Minister of Foreign Affairs for calling on China to allow the United Nations High Commissioner for Human Rights and its Special Rapporteur on Freedom of Religion to visit Tibet’s missing Panchen Lama, a UN recognized case of enforced disappearance for more than two decades.

The Tibetan non-violent struggle for freedom and peace spearheaded by His Holiness the Dalai Lama has gained support and solidarity from all over the world. I pay my respect and thank all the world leaders, governments, parliamentarians, non-governmental organizations and individuals who have and continue to empathize and tirelessly support the Tibet cause. I would also like to acknowledge and thank the Tibet Support Groups and Parliamentary groups for Tibet, such as the 90-member Japan’s All Party Parliamentary Tibet Support Group, the largest parliamentary support group for Tibet, for their continued effort in shouldering the Tibet cause.

Today, as we commemorate 60 years in exile, I would like to especially thank India and the countries around the world that generously continue to host and support Tibetans. To acknowledge their solidarity, the Central Tibetan Administration will mark this year as a Thank You Year and accordingly CTA will be organizing a series of special events around the globe.